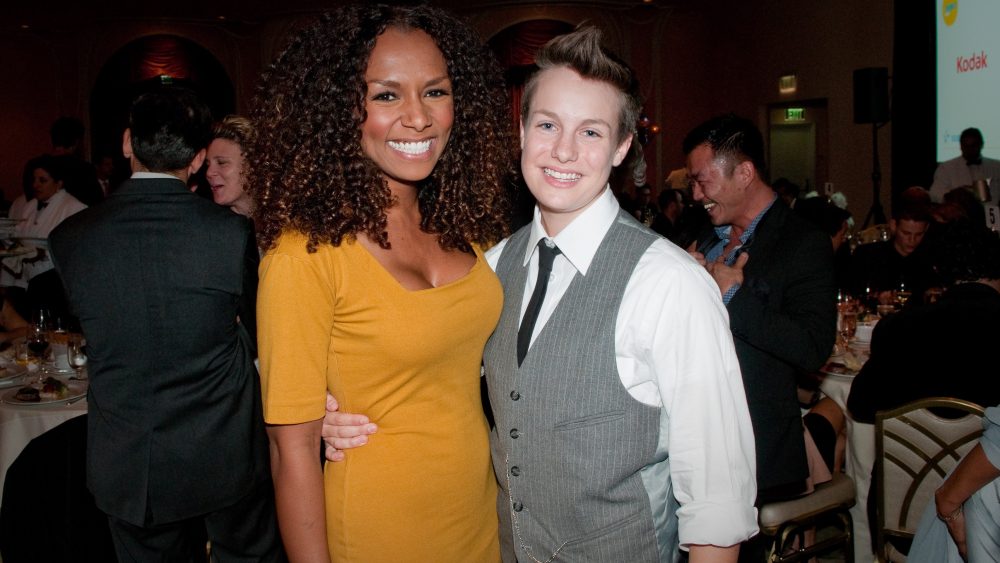 We All Belong: GLSEN Celebrates & Supports Trans Youth in Schools

I’ve attended many LGBT events since coming out and have been asked, usually as the token T and by glowy-skinned gay men, “I don’t get why transgender is included with us, you know. Their struggle’s not about sexual orientation so I don’t get why we’re seen as the same. Don’t get me wrong, you’re fabulous!”

This has been said to my face, mind you. They know my T. They know I’m an outspoken trans advocate. They know my story. From my experience, this white-shoe attitude often comes from upper middle class, privileged gay men who don’t see any issue with making me an other within a group that once embraced otherness, and unknowingly dismissing me as a trans woman and woman of color.

Instead of growing a jaded exterior, I’ve learned to embrace my role of changing this attitude from within, one conversation and one person at a time. But having to teach acceptance to people who should understand how important it is to embrace people’s differences is discouraging.

We all just want to feel we belong, that we matter and that we are heard.

I admit that I expected this attitude to pervade GLSEN’s 7th annual Respect Awards, the non-profit’s glitziest fundraising event of the year at the Beverly Hills Hotel. But my pessimism subsided when Kathy Cameron, a teacher at Trinity High School in Washington, Penn., took the stage to present the Student Advocate of the Year award to Emmett Patterson, an LGBT advocate and recently out transgender teen.

“Emmett’s transition has been a learning experience for his classmates and teachers,” said Cameron, who nominated him for the award. “But he has shown extraordinary grace, compassion and openness throughout the process.”

Emmett appeared at the podium bright-eyed and beaming, basking in the glow of recognition from a group of LGBTA adults, a community he has advocated for diligently in his young life.

“I never saw myself the way I knew other people saw me,” Emmett said of coming out a second time (he previously identified as lesbian) during his acceptance speech. “In the summer of 2011 I could finally put a word to who I was: This summer I came out as transgender.”

Ever the advocate and leader, he reintroduced himself “quickly and effectively” to his school as Emmett in his senior year by making a short documentary about his name and gender change. It was a tool that helped him “come out to my peers, school faculty and even my family members.”

I was beaming. He was the only celebrity I was anxious to meet. The reality stars and TV dancers and famous actresses didn’t sway me, as I made a beeline with Aaron to Emmett. We had been Tweeting to one another all night and now we were face-to-face.

“You were amazing,” I gushed. “So elegant and eloquent. The short film was genius!”

“Well, I’m a bit of a ham,” he said with a hint of self-deprecation. “I love public speaking!”

He was so young, so bright with so much going for him. And though I was in a celebratory mood, I couldn’t help but think of the many other Emmetts out there, aching for resources and help. With his own inner power, altruistic nature and openness, support from friends and family and GLSEN’s resources, Emmett has thrived through school, even being recognized for using his personal story to raise visibility for trans people everywhere.

“Educators work every day to offer all of their students a safe and respectful school atmosphere that ensures their healthy development and growth, but transgender and gender nonconforming students frequently remain unsupported and ultimately left behind in the school system,” GLSEN Executive Director Eliza Byard said in a statement, citing findings from GLSEN’s report on trans youth in schools.

The groundbreaking model policy covers everything from dress codes and confidentiality to name changes and pronoun use. If my school would have had this resource when I was a student, I would not have been called into the vice principal’s office for wearing dresses, I would not have been deemed a “distraction” to my fellow students, and ultimately forced to transfer schools.

Transitioning is a difficult process unto itself, and young people doing so need all the resources available to be exactly who they are without shame, opposition and bullying. Transgender students, like Emmett, shouldn’t be an anomaly. They should be the standard, and I applaud GLSEN for creating this resource to ensure administrators make schools welcoming for all kids.

Chaz Bono accepting GLSEN’s Hero Award: “My hope is that a child out there can look at me and understand that they have choices.”

“I’m here to help young people avoid going through years of struggling inside,” Chaz Bono said while accepting GLSEN’s Hero Award at the ceremony. “Don’t wait til you’re 40 to be who you are. Be who you are now because the real you is just perfect.”

GLSEN has taken a pioneering step, even going against their own name (Gay Lesbian Straight Education Network) by truly advocating for all students, not just those coming to terms with their sexuality but those struggling with their bodies and gender and internal sense of self.

“[GLSEN] had the same passion for their community that I did,” Emmett said. “At this point, I knew I had to make my community safe for kids like me. Everyone needs to feel like they belong.”