Trans in the Media: Unlearning the ‘Trapped’ Narrative & Taking Ownership of Our Bodies

A friend of mine who is a producer on Dateline NBC told me that a piece on a trans girl was airing on Sunday night so I decided to watch and live-tweet my thoughts.

What stood out most to me is this: It took Hoda Kotb approximately 13 minutes into her segment to ask 11-year-old Josie Romero of Tucson, Arizona: “Do you feel trapped in the wrong body?”

Whenever this question is posed, I find it to be more of a leading statement rather than a true inquiry or invitation for a trans subject to speak about their life experience or outlook on their relationship with their bodies. Frankly whenever it’s posed it never sits well with me, and I shared my frustration on Twitter, saying: “‘Trapped in the wrong body’ is a convenient, lazy explanation but it fails to describe ‪#trans‬ people & our bodies every time.”

“Trapped in the wrong body” is a convenient, lazy explanation but it fails to describe #trans people & our bodies every time. #girlslikeus

To me, “trapped in the wrong body” is a blanket statement that makes trans* people’s varying journeys and narratives palatable to the masses. It’s helped cis masses understand our plight – to a certain extent. It’s basically a soundbite of struggle, “I was a girl (boy) trapped in a boy’s (girl’s) body,” which aims to humanize trans* folks, who are often seen as alien, as freaks, as less-than-human and other.

Since sharing my story, I admittedly have been faced with unlearning many so-called trans truths that have been passed to me as a woman who’s grown up with an abundance (not meaning diverse) of media portraits on trans lives (or rather trans people’s transitions). I’ve learned to take what is depicted as our truth and analyze them against my actual lived experience as a woman who grew up trans. One so-called truth that I’ve analyzed over and over and over again is the “trapped” narrative. And through this ongoing analysis, I’ve learned to take ownership of how my body is viewed as an “out” trans woman.

After inviting people into my life (I prefer “invite” rather than “come out” because I’ve never hidden who I was a second in my life), I’ve been a subject in many interviews in which I’ve been confronted with this rhetorical “trapped” statement – and others pertaining to my visible and imagined body.

Why don’t I like it? Because it places me in the role of victim, and to those who take mainstream media depictions as truth I’m seen as a human to be pitied because I’m someone who needs to be saved, rather than a self-determined woman with agency and choice and the ability to define who I am in this society and who I will become in spite of it.

I’ve learned in the past year or so that I am not a prisoner of my body despite the obstacles I’ve faced to be fully myself. And I’ve also learned that there are many trans people who view their bodies differently than the way I have viewed mine – and that no monolithic trans narrative exists (despite the 60-year effort of the media to promote one). 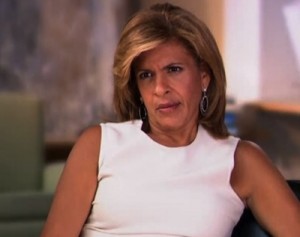 Last year I wrote of my teenage struggle with my body in Marie Claire: “I was the one who had lived with the sheer torment of inhabiting a body that never matched who I was inside, the one devastated by the quirk of fate that had consigned me to a life of masked misery.”

Dramatic, I know. And it follows the same trapped narrative because at the time of writing it I had a different relationship with my body partly based on the media’s influence and view of it. Yet there is no denying that the first 18 years of my life were overwhelmed with trying to settle this incongruence between who I knew myself to be and who people thought I should be. This goes beyond my body and this goes beyond just being a trans girl coming of age in this modern society, where we’re constantly bombarded with media images on how a woman *should* look.

And I’m still unsure if I learned to view my body as this villain because of how trans* bodies are viewed in the media – or if it could’ve been different if I was taught to love myself wholly despite the limitations my body in this society placed on me. (I’m currently in the midst of writing my memoir Fish Food so I’m currently in the process of learning and unlearning many things.)

Regardless, in sharing my story I wanted to show girls like myself that there is life after transitioning – despite the fact that nearly all media portraits are about transitioning rather than actually living post-transition. I wanted young women specifically to know that good awaited them in this world, and that more is possible in spite of our struggles to love our bodies, which is a connecting theme between all women, regardless of their assigned sex.

And part of that hope is the evolution of our views of ourselves and our bodies which have been up for public debate since Christine Jorgensen stepped off that plane in 1953. I point you to words that have pushed me to reclaim the totality of who I am. They were spoken by transpinay transgender rights activist Sass Rogando Sasot in a speech called “Reclaiming the Wronged Body”:

“I am not trapped by my body. I am trapped by your beliefs. And I want to reclaim this body from those who want it to breathe and be fed by their dogmas.”

I truly wonder how differently we would view ourselves if we were able to truly see ourselves in the media, without the preconceived notions of how our bodies appear to those not living with trans* bodies.