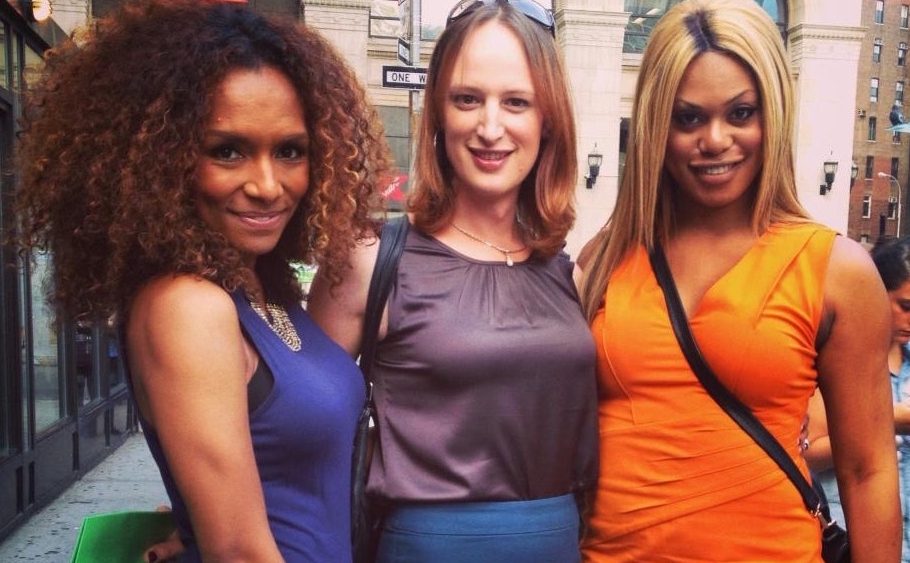 Guess what? Many men are attracted to women, and trans women are amongst these women.

We, as a society, have not created a space for men to openly express their desire to be with trans women. Instead, we shame men who have this desire, from the boyfriends, cheaters and “chasers” to the “trade,” clients, and pornography admirers. We tell men to keep their attraction to trans women secret, to limit it to the internet, frame it as a passing fetish or transaction. In effect, we’re telling trans women that they are only deserving of secret interactions with men, further demeaning and stigmatizing trans women.

I’ve stood witness to many so-called scandals, mostly published on gossip blogs, where passing interactions with trans women spawn hundreds of headlines, particularly for a man with fame and social capital. Thousands of words have been dedicated to analyzing whether such and such famous man is now suspect, merely because he took a photo with a fan who happened to be a trans woman. This questioning has led many well-known men to adamantly defend their heterosexuality and has tarnished the reputation and careers of others. It sounds like silliness on the surface, but often times when gossip blogs are the public’s only exposure to trans women, it spreads misinformation, validates stereotypes and causes irreparable damage.

This pervasive ideology says that trans women are shameful, that trans women are not worthy of being seen and that trans women must remain a secret — invisible and disposable. If a man dares to be seen with a trans woman, he will likely lose social capital so he must adamantly deny, vehemently demean, trash and/or exterminate the woman in question. He must do this to maintain his standing in our patriarchal society. For a man to be associated with a trans women, in effect, is to say that he is no longer a “real” man (as if such a thing exists) because he sleeps with “fake” women (as if such a thing exists).

RELATED VIDEO: MSNBC’s Melissa Harris-Perry quotes this piece in her “Letter of Week”

The comments and conversations surrounding hip-hop DJ Mister Cee’s sex scandal-turned-resignation has been appalling, and has led me to this essay, which isn’t about him soliciting sex from someone he perceived as a trans woman. The Mister Cee “scandal” sheds light on society’s ignorance, similarly exhibited when Chris Brown, Chingy and Chad “Ochocinco” Johnson took photos with trans women; similarly exhibited when folks gender-policed Joseline Hernandez to the point where she Tweeted a nude photo to prove her cis-ness; similarly exhibited when Eddie Murphy, LL Cool J and a list of other powerful men were accused of being “caught” seeking trans women.

This anti-trans woman ideology is harmful, misogynistic and pervasive and travels way beyond the comments section of gossip blogs, and as Sylvia Rivera once said, “I will no longer put up with this shit.”

The shame that society attaches to these men, specifically attacking their sexuality and shaming their attraction, directly affects trans women. It affects the way we look at ourselves. It amplifies our body-image issues, our self-esteem, our sense of possibility, of daring for greatness, of aiming for something or somewhere greater. If a young trans woman believes that the only way she can share intimate space with a man is through secret hookups, bootycalls or transaction, she will be led to engage in risky sexual behaviors that make her more vulnerable to criminalization, disease and violence; she will be led to coddle a man who takes out his frustrations about his sexuality on her with his fists; she will be led to question whether she’s worthy enough to protect herself with a condom when a man tells her he loves her; she will be led to believe that she is not worthy of being seen, that being seen heightens her risk of violence therefore she must hide who she is at all costs in order to survive.

When I was a girl finding myself, I was met with similar questions and believed I would never find someone to love me. I had learned that I was unworthy and undeserving, and it took me years to release myself from the shame and stigma society had forced upon me as a young woman. A man’s desire for my body, my brain, my brilliance and my existence is not a laughing matter because I am not a joke.

When I met my boyfriend Aaron and disclosed that I am trans, he did not question his sexuality. He recognized me as a woman, and my being trans did not negate my womanhood. My relationship with Aaron is a rarity, though. Don’t get me wrong, I see our loving partnership as a blessing, but not in the same way others view it. Our relationship is marveled at largely because most people do not believe that a man like Aaron should have to “compromise” his heteronormative social standing by being with a trans woman or a woman who is not “real.”

It is rare for an openly trans woman – no matter how “passable” or attractive she is – to have a man who openly loves her, who has an unabashed desire to be seen with her, who proudly stands beside her — despite the stigma and other people’s curiosities and inappropriate questions. Those questions regarding Aaron’s sexuality are constant and fraught with assumptions that this essay can’t begin to unpack, and for a man less secure it can be difficult navigating these questions, especially if you also perceive the women you’re attracted to as shameful, as less-than-human objects you must keep secret at all costs.

It’s important that we begin truly accepting trans women as who they are, women. We are not objects to have secret sex with, to discard and to laugh at on the radio or the gossip blogosphere. We are worthy of being seen and are not dirty or shameful. Until we begin checking how we delegitimize the identities, bodies and existence of trans women and stigmatize the men who yearn to be with us, we will continue to marginalize our sisters, pushing them further into socially-sanctioned invisibility, left in the dark to fend for themselves with men who don’t have the space to explore, define and embrace their attraction to various women.

A note on commenting: All comments are moderated. Be respectful of people’s identities, bodies and pronouns. Misgendering, slurs, threats, anti-trans rhetoric and/or outright ignorance will not be tolerated.