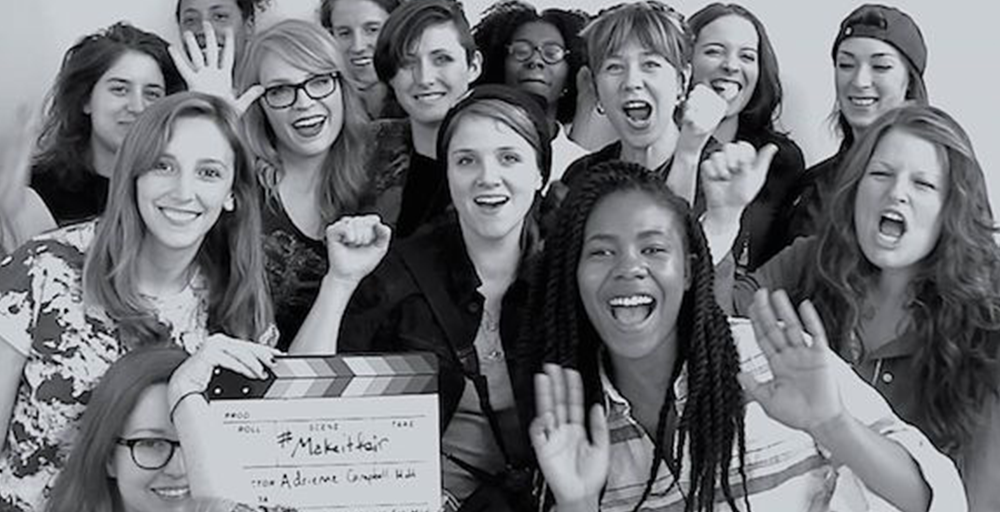 I end every show with an editorial on one pressing and personal cultural topic. This week’s editorial applauds the #MakeItFair Project which champions gender equity in Hollywood. Watch the segment and read the transcript below.

That was a clip of Rita Wilson, Mamie Gummer and our very own Clique member Amanda Seales – who partnered with an all-female production team for the Make It Fair Project, which is “a call for gender equality in the stories we tell, the wages we earn, and the future we shape.”

The video features a total of 70 women which makes a bold statement about the wealth of talent that often goes untapped due to gender bias in the entertainment industry. Using satire, sarcasm and song, Make It Fair illustrates just how tipped the hat is for men in Hollywood.

Take a look at the “Make It Fair” chorus:

This video is just the start of a bigger conversation and intervention. According to its website, the project’s aim is to:

“Raise awareness, ask tough questions, celebrate female talent, connect female artists to opportunities, laugh, create, and broaden the scope of the stories being told. We encourage you to use the hashtag #makeitfair to ask questions and spark conversations within your networks.”

The launch of this project comes after a sea change, it seems, in Hollywood where women artists have become more vocal about checking the sexism, ageism and misogyny that has become industry standard.

Meryl Streep recently announced that she will help fund a screenwriting lab for women writers over 40 in partnership with New York Women in Film and Television. Amy Schumer teamed up with Tina Fey, Patricia Arquette, and Julia Louis-Dreyfus to call out misogyny in Hollywood. Kerry Washington called for media makers to take an intersectional approach to storytelling, urging activists to build stronger coalitions between underrepresented groups. And, of course, Geena Davis continues to push hard for gender equity in films with her institute which found that we have a long way to go in our depictions of girls and women onscreen globally.

What’s powerful to me about this collective outcry from women in front of the camera is the fact that they are asking us – as fans, as consumers, and as viewers – to end our complacency and join them in calling these biases out. The work to end sexism, ageism, misogyny and all the other isms that have been profitable from the inception of Hollywood – will not come from the women whose names we know, they will come from each and every one of us voicing our opinions and taking action against skewed portraits and tipped scales.