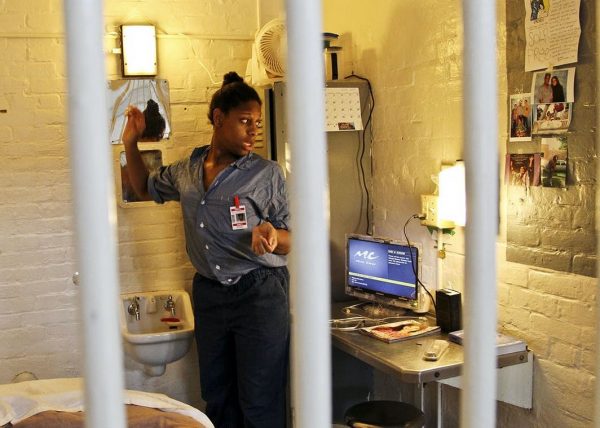 Who We Say Matters: A Message for CeCe, Trayvon, Paige & #GirlsLikeUs

On Sunday, I delivered a keynote speech at the Univesity of Southern California’s Lavender Celebration, a graduation ceremony for LGBT students and allies.

Vincent Vigil, director of the LGBT resource center at USC, invited me to share a message of empowerment with the graduates, making me the first trans person to serve as speaker in its 18-year history. I was humbled and honored to share my story with the graduates.

I wanted it to be about the women who have touched me, the ones who gave me courage, who instilled a fight within me to step forward, to shed my anonymity, to embrace my truth and to be my most authentic self.

My purpose at USC was to elevate the conversation, to urge a new generation of young LGBT leaders and allies to question what they truly mean when they say they’re fighting for equality.

This speech was about Paige Clay and CeCe McDonald, two trans women, both 23, both creative, both beautifully black, who helped me hone my voice as an advocate and who have both faced injustices that have shaken me to my core.

Paige is tragically no longer with us: she was found fatally shot in the head in April. Her murderer is still out there and community organizers in Chicago have rallied in order to seek justice for her. Paige’s wake has been scheduled for Friday, May 4th in Chicago.

CeCe, on the other hand, is still with us. But she has been behind bars for nearly a year, after a group of people physically and verbally attacked her, calling her racist and transphobic slurs, and slashing her painfully right through her cheek last June in Minneapolis. One of her attackers, who had a swastika tattoo on his chest, died after CeCe defended herself during the altercation. CeCe, the victim in this incident, though, stands trial for “standing her ground.”

I’ve found myself frustrated, angered and disheartened by the lack of media coverage regarding CeCe’s custody, which I percieve to be an outright injustice and clearcut case of racial and trans bias.

Some say Jenna Talackova’s whirlwind media tour has given the media an excuse to say one big trans story has already been told this year. Yet, as an editor myself, there’s no debating the urgency and weight in CeCe’s story.

But I also realize that there’s a striking difference between CeCe and Jenna: skin color. I harken back to a phrase that the intelligent, yet arrogant Kanye West once said: “[Insert oppressor] doesn’t care about black people.”

I’m from Hawaii. I’m not of the “mainland.” I was raised on an island where the minority was the majority. Yet in the last few years my scope has widened when it comes to the harsh realities of race, the criminal justice system, and the media’s subjectivity when it comes to “worthy” subjects. Worthy subjects and victims are often not people of color. The brutality and injustices that we face are rarely told. Our stories are rarely elevated beyond our own community’s cries.

I look at CeCe and think of Trayvon Martin and how his parents traveled the country sharing their son’s life and their heartache with us all, how a group of influential black journalists fought for Trayvon’s story in their newsrooms, and how Trayvon had to ultimately be the “perfect” victim in order for this black boy’s story to resonate.

It’s 2012 – and it took an entire community of people to get Trayvon’s story out there, to demand justice and to fight for his family’s cries to be heard.

And sadly, the reality is is that a black trans woman is not society’s ideal subject. Our stories are not told, we are not invited to contribute to the national conversation, we are told to stay in the dark, live our lives at night, never to be heard from unless we’re found lyng dead on a street corner. And even then justice, like in Paige’s case, isn’t often served.

I’ve come to realize that a black trans woman, even with CeCe’s exuberant essence and compelling story, will never be perceieved as worthy enough for society to truly rally behind. But despite this injustice, I will never depart from my core belief that CeCe and Paige and thousands of other girls like us matter.

We are not disposable. No human life is. And until we all come around to this belief we’ll never achieve equality. When I say equality, it’s not only a phrase we attach to the right to get married, I attach it to the the fabric of our lives: the right to work, the right to have a home, the right to use the restroom without second guessing, the right to walk in your neighborhood and feel safe.

And when your safety is jeopardized, no woman – regardless of her color or birth – should be punished for defending herself against those who aim to make her feel less than human.

As little as a year ago, I never thought I’d be here in front of hundreds of people, proclaiming that I’m a transgender woman.

Yet long before coming out in the pages of Marie Claire….

Long before becoming an editor at the world’s top magazine….

Long before becoming the first person in my family to go to college, to get a masters degree, to move away from Hawaii and yes, the first to get a sex change…

I was just a curly-haired kid trying to find myself and trying to assert myself in this world.

Last week I met a young woman just like me. She was 23. She held jobs at Macys and Forever 21. She didn’t get the chance to go to college like we did. She didn’t have her family’s support like I did. She grew up a ward of the state and found solace in Chicago’s queer and ball communities.

I met her last week only because I came across her name and her beautiful brown face on a website, with a headline that read: “Paige Clay, 23-year-old Transgender Woman Found Shot in the Head.”

I didn’t shout or cry in anger when I saw her story. Instead, I found myself with this numbing sense. I was desensitized because I had read Paige’s story before. Over and over again. I had read it in LaShai McLean’s story and Agnes Torres Sulca’s story and Shelley Hilliard’s story and Deoni Jones’s story. These women’s murders have become the harsh reality girls like us face.

For trans women of color, these women’s murders are constant reminders that who we are falls so outside of the box of what society says is acceptable that our deaths and even our lives don’t matter. We are in effect disposable.

And our entire system validates this belief. Even when we stand our ground and defend ourselves our lives can be taken away. I look at CeCe McDonald, a 23-year-old black trans woman who was verbally assaulted and physically attacked in Minneapolis last year. Her attackers pelted racial and transphobic slurs at her. They even sliced her cheek. And when she had the audacity to fight back, one of her attackers died. Though she was the victim in this incident, CeCe is the one sitting behind bars right now, facing a murder trial.

CeCe’s freedom has been stripped from her and Paige’s life has been taken away from us. These women won’t be able to tell their stories and it is for them and girls like us that I decided to step forward and finally tell my story and own my truth.

So I made the choice to use my voice, to speak up, to live visibly because being silent would be a disservice to me and the many women who came before for me and the brothers and sisters I fight alongside today and the ones whose voices have been silenced by intolerance and hate.

I had to be honest with myself about the totality of my experiences. And the funny thing about honesty is that it’s not only a gift to other people—it’s one you give to yourself.