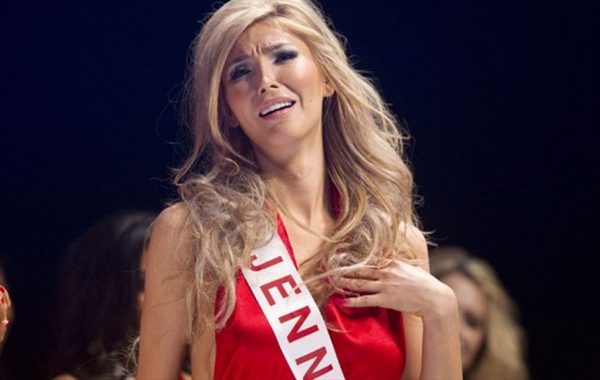 Why #GirlsLikeUs Matter: Jenna Talackova’s Fight To Be Included

Please assist me in spreading the word by using the Twitter hashtag #girlslikeus when Tweeting about Jenna and girls like us. And add your signature to this Change.org petition in support of Jenna.

“Who do you think you are?”

That’s the question image activist Michaela Angela Davis asked me during our MADFree conversation on Sunday. I struggled to answer as we neared the end of an intimate, soul-searching discussion about identity and image, beauty and power, how we view ourselves as women and see ourselves reflected in society.

Beyond admiring Michaela’s work, I fell in love with her on Sunday because she pushed hard for me to be her guest in March. She said it was essential to her that I spoke during Women’s History Month. It stunned me (partly because I’ve been conditioned as a trans woman to believe the lies told to me that I didn’t belong) that she, like Marie Claire, recognized that women from all walks of life matter and deserve to be seen and heard.

And because transgender women are women too, Michaela saw no distinction, no hierarchy – just women from different paths, intersecting to give to one another, to exchange ideas. Yet I was soon reminded that this inclusive experience is not prevalent in our society. Equality is rare. To many, trans women are still deemed unnatural, men who are confused, fooling themselves into womanhood, or using medicine to fool straight men into bed. Hysteria, at its most heightened form. 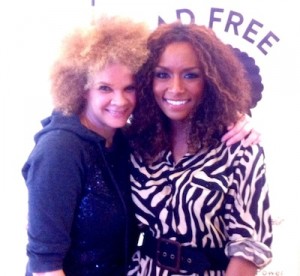 As I was basking in sisterhood, Jenna Talackova, a 23-year-old transgender woman from Vancouver, B.C., was disqualified from the Miss Universe Canada competition because she was deemed unnaturally female. The pageant’s organizers, who’ve stated that “there is no discrimination here at all,” claimed that Jenna “falsified her application,” failing to indicate she had undergone sex reassignment surgery. According to the organization (a joint venture between Donald Trump and NBC Universal), Jenna didn’t meet “the necessary requirements” for competition.

The requirements being that Jenna was not a “naturally born female,” a rule which is not stated on their website or in any materials. It’s an unspoken rule, one that wasn’t made up by the pageant organization, but by our society. This unspoken rule has pervaded our communities for decades, whispering in subtle and not-so-subtle ways to girls like us that:

Since my own coming out in Marie Claire magazine last year, I’ve been reminded of this rule with backhanded compliments (“Could’ve fooled me.” “You’re really pretty for being born a dude.” “OMG! I would’ve never guessed.” ) or not-so-subtle judgment (“I bet God will call him/her Charles on judgment day.” “Pay all the money you want, but you’re still a man!” “You’re way prettier than me, but I’m real.”)

Though my insecurities have lessened exponentially through the years, I acutely feel my womanhood consistently being judged. This outside-in, inside-out inherent, outward effect of self-(over)analysis. No one beats me up more than me, and though I feel this is the plight of many insecure women, I argue that trans women are acutely more prone to over-analysis because we’re constantly told we are less than, constantly told we are unnatural, constantly told we’re not “real” and constantly told to get in our place as these intriguing oddities only worthy of being gawked at as talk-show entertainment or secretly fetishized for our bodies.

Jenna Talackova represents how trans women are constantly checked, policed and unfairly put in our places because of our society’s disdain for our “choices” or “lifestyle.” The discrimination shown to her by the Miss Universe organization is also representative of the way our society fails to assist transgender and transsexual people when it comes to discrimination problems in employment. As I discussed on MSNBC with Thomas Roberts a few weeks back, in 34 states it is legal to fire someone solely for being transgender.

Yet, I believe in my heart of hearts that we can make this better, that we can achieve inclusion. Activists backed the Girl Scouts when they welcomed transgender girls in their troops and after a long battle transgender athletes are allowed to compete in NCAA sports and the Olympics. Even Tyra Banks welcomed Isis King back to her highly-rated America’s Next Top Model: All-Stars season for another dose of model mayhem. That same kind of inclusion, in all spaces whether on stage or off, is possible if we’re willing to fight for it. We have to demand that we be treated well and equal, and not just sit back, believe we’re unworthy and buy into society’s limited portrait of us. 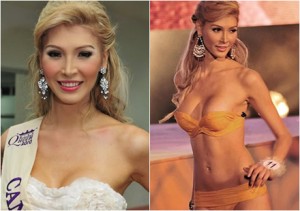 “I will look to turn this situation into a positive so that other people in a similar situation are not discriminated against in the future,” Jenna said in a statement after her dismissal, which spawned a women’s rights petition on Change.org asking Miss Universe Canada to “reverse the unfair disqualification of Jenna Talackova.” The petition currently has more than 36,000 signatures.

I’ve added my voice to the conversation as well, rallying my social media contacts to use the Twitter hashtag #girlslikeus in solidarity of Jenna and I’ve urged my editors at PEOPLE.com to utilize me in the coverage of Jenna’s case.

Jenna, like so many girls like us, has fought hard to be exactly who she is despite everyone around her telling her who she is is wrong. When you’ve spent that amount of energy, resources and time fighting your own body, fighting the people who love you most, fighting a world that’s trying to make you get in line, you develop a stronger sense of self. If there’s anyone who knows who she is, who stands solidly in her realness, it’s a trans woman because she’s fought for her identity.

“I always knew since I was 4,” Jenna explained in an interview from 2010. “I started my therapy, hormone therapy when I was 14, and I went through the [sex reassignment] surgery when I was 19.”

By excluding transgender women and not offering us protection under the law that gives us equal access to employment, housing, public accommodation, in addition to education and health care, America keeps us out of the light, banishing us to the dark. It’s the path that has led many of our sisters to where they stand now: Some resort to drugs, bad relationships, violence, suicide; others feel they can only make a living or a career out of sex work, living their lives mainly in the dark while the world sleeps on their plight and pain.

When Jenna was asked, who do you think you are, she said, “I regard myself as a woman — with a history.”

Don’t we all have one?

If trans women have to deal with the plight of womanhood – misogyny, gender inequality, the catcalls, threats of sexual assault, domestic violence, a system that aims to regulate our bodies by giving us no medical rights – then let us bask in its benefits as well, even if it’s a beauty pageant. At the end of the day, beautiful is beautiful.

The Miss Universe organization outlines what a delegate and title holder should be: women who are “savvy, goal-oriented and aware…in their everyday lives, both as individuals, who compete with hope of advancing their careers, personal and humanitarian goals, and as women who seek to improve the lives of others.”

Jenna by fighting against this prejudice and shortsightedness, you uphold characteristics that show you are way more than a beauty queen – you are a champion for thousands of girls like us, seen and unseen, who hope to one day shine just as bright as the diamonds shining in that crown you so deserve to compete for.

Please assist me in spreading the word by using the Twitter hashtag #girlslikeus when Tweeting about Jenna and girls like us. And add your signature to this Change.org petition in support of Jenna.