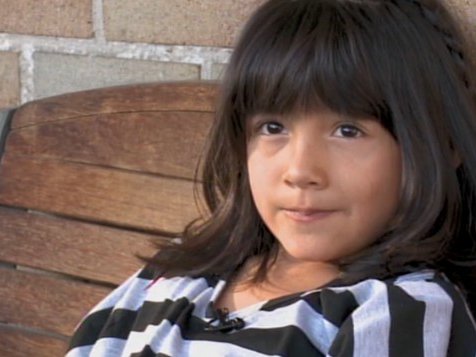 When I was 14, I was excited to stay the night at a classmate’s slumber party. This sleepover was all the freshman girls were talking about at school for months and I got an invite because I let Julie, the birthday girl, look over my shoulder during social studies pop quizzes.

With my pillow and pajamas packed, I arrived at her door amped to enjoy my very first girls’ night out and show off my new Tamagotchi pet. We stuffed our faces with pizza and played rounds of Truth or Dare and Would You Rather and MASH (Mansion, Apartment, Shack, House).

We were girls. Innocent, silly, obsessed with Rose and Jack, and slightly bitchy at our meanest. Then my friend’s mother called the birthday girl into the kitchen. As I was brushing my teeth and readying for bed with my gal pals, Julie tapped me on the shoulder.

“I’m sorry but my mom doesn’t get it,” she started. “She said only girls can sleepover.”

“I totally get it,” I said with my best smile because it wasn’t my party and I couldn’t cry if I wanted to.

It was my first reminder as a trans girl that just when I think I’m having fun being me, me isn’t always understood. I could be called out because of my genitals, made to feel less than because of our society’s limited perspective on gender and told to leave a friend’s party because of the separation we’ve built around gender identity, gender expression and its blurriness with sexual orientation. It was as if the mere presence of my tucked weewee under my Keroppi PJs was a danger to the other girls around me.

This is what I was reminded of when I saw 14-year-old Girl Scout “Taylor” urging a boycott of Girl Scouts Cookies on YouTube because the organization is inclusive of transgender girls. Taylor, who read from a script most likely created by angry and misguided adults from HonestGirlScouts.com, claims safety as an issue, cites bathroom-use hysteria and discomfort in regards to sleepover arrangements. She confuses sexual orientation with gender identity throughout her video and goes as far as misgendering transgender girls as “transgender boys.” 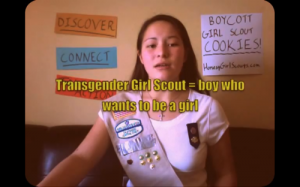 One of HonestGirlScouts.com many false messages

Michelle Tompkins, a national Girl Scouts spokeswoman, told the Washington Post that the organization “prided itself on being an inclusive organization serving girls from all walks of life.”

It’s that inclusiveness, that acceptance, that sisterhood that helps all girls grow into healthy, accepting, socially-conscious, loving women, human beings we need more of. This is why I’ll be loading up on Girl Scout Cookies in the coming weeks because an organization like the Girl Scouts should be supported. In addition, a Facebook group called “Support Trans Inclusivity; Buy Girl Scout Cookies” is aiming to purchase cookies directly from a Colorado troop which invited a transgender girl to join their troop in October. You can also sign a petition in support of GSUSA, thanking the organization for their acceptance of all girls. 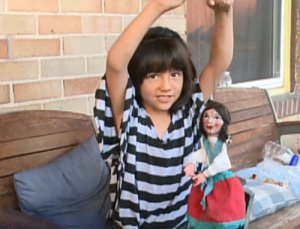 Bobby, a trans 7-year-old who showed interest in being a Girl Scout

As for Taylor, I’m not here to attack her as she is a person in development – just like me. I learn new things everyday about new people everyday. I’m assuming that young Taylor, a mere 14 years old, has not crossed paths with a transgender person, and I’m assuming not a transgender girl, like 7-year-old Bobby Montoya or 11-year-old Jazz or 14-year-old Nicole Maines.

I’m positive that if she was educated on the matter, just like most people who vehemently want to strip us of our personhood, that Taylor would think a bit different. But I know Taylor isn’t the problem. It’s not about bashing or attacking or villainizing her. She isn’t the villain; ignorance and intolerance is. And what scares most people, what makes LGBT people and their allies react so strongly and emotionally to a young girl spouting such an intolerant and incorrect message is the fact that we all know, deep down, that many people feel exactly the way Taylor feels about transgender people.

Many have asked why I shared this video because all it does is promote the “controversy” angle from the conservative group pushing this message forward. I argue that it’s too big and too incorrect to ignore. It’s moments like these where we must do the uncomfortable and reach out and Tweet and put the writing on our Facebook walls to show support for Girl Scouts of the USA which has taken a stand to support girls from all walks of life.

And it’s also a chance to share our stories and be vocal about our journeys because it is only in showing ourselves fully that we get people who may not understand us to actually see us – not as the concept transgender, but as people. People who just so happen to be transgender and love sleepovers and Samoas.

PrevPrev‘I Am Jazz’: My Conversation with the Trans Tween & Her Mother
NextWhy #GirlsLikeUs Matter: Jenna Talackova’s Fight To Be IncludedNext