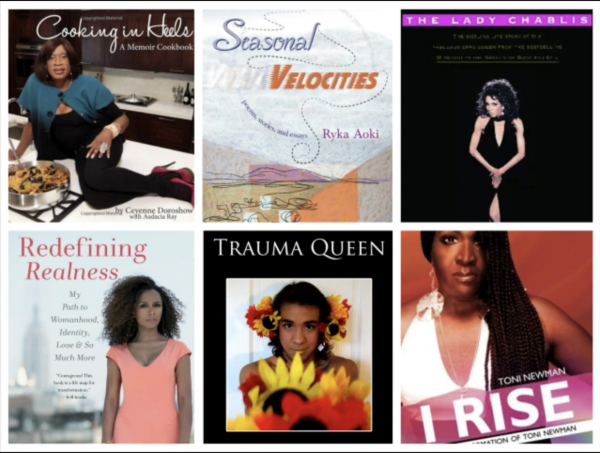 The Gatekeeping of Trans Women of Color’s Stories in Publishing

It’s no secret that the queer and LGBT community often only speaks trans women of color’s names after our sisters are long gone. Often times, we know nothing about these women, holding them up as martyrs/symbols to fight for stronger hate crime legislation (although most TWoC murders are unsolved, from Marsha P. Johnson and Brandy Martell to Lorena Escalera) and gain empathy, resources and fundraising that’s funneled into the further mainstreaming of this movement.

When I walk into queer and gender studies spaces on campuses across the country, I’ve witnessed people theorize about these women’s lives. But we often know nothing about their lived experiences, about how these women survived and loved and gave and fought this racist, classist, misogynistic and femme-phobic world.

We need to begin giving these women the space and resources during their survival, during their active lives, to tell their stories, to share their insights, to speak up for themselves. Reading their names once a year is not enough.

“I’m really happy that this is concrete, tangible evidence that I have lived and what I have survived,” Lovemme says in a video on her tumblr page.

Lovemme discusses depression, child sexual abuse, rape, violence and sex work. This is her lived experience, one that mirrors that of many of my sisters, the sisters who are overwhelmingly represented in reports like the one released this week from the National Coalition of Anti-Violence Programs, which shows that trans women of color are yet again the most vulnerable to survere violence and murder (with trans women of color homicides rising 13% from last year’s report).

The topics Lovemme is vulnerable and strong enough to share with us are difficult to hear. It’s even more difficult to experience, feel, internalize and then go out in the world and share while still in the midst of survival. Our community also shames trans women of color into silence in a myriad of ways, one of which involves systematic exclusion and an overwhelming lack of representation.

Last year, I attended a panel discussion at Barnard College on trans women’s literature and stood witness as folks in the space, mostly white, basically dismissed the genre of trans memoir, as if it were so 2000 and late.  As a lover of literature, of books and a writer who is working on a memoir that would be categorized as “trans memoir,” I was twitching in my seat hearing these shortsighted comments.

What seemed to be glaringly missing from these comments was the fact that trans memoir has been dominated by a certain story, that of an older white trans person. From the 30-plus books I have on my self that would be categorized as trans memoir, only four of them are from trans women of color:

After that panel, I sought counsel from my dear sister reina gossett, who moderated the discussion and highlighted the workings of white supremacy and the fact that not all people, specifically trans women of color, are granted equal access to write, share and publish their stories. This unequal access to publishing has left a gaping hole in this genre and the imaginings of what we say is possible for trans people on the margins.

Many trans folks have been able to hear their story told through other trans folk in literature who have represented them and resonated in some way. Yet the stories that have dominated this genre have nothing to do with me. I, a young, poor-raised, multi-racial trans women, did not have access to stories because the stories I craved did not exist, and the ones that did exist are consistently being erased. And because I didn’t have examples of women like me who made it through it was difficult to imagine a future beyond what I was living.

When we discuss resources (sitting space and time, pen, paper, computers, wifi, internet, editors, publishers), we must realize that everyone doesn’t have equal access to those resources.

I have hope that access will slowly change this paradigm, that smaller publishers like biyuti publishing, the Red Umbrella Project and Topside Press (which is publishing the incomparable Ryka Aoki’s upcoming novel) will help add more diverse trans voices to our bookshelves. I personally can’t wait to add Lovemme’s book to mine. I hope you add it as well.