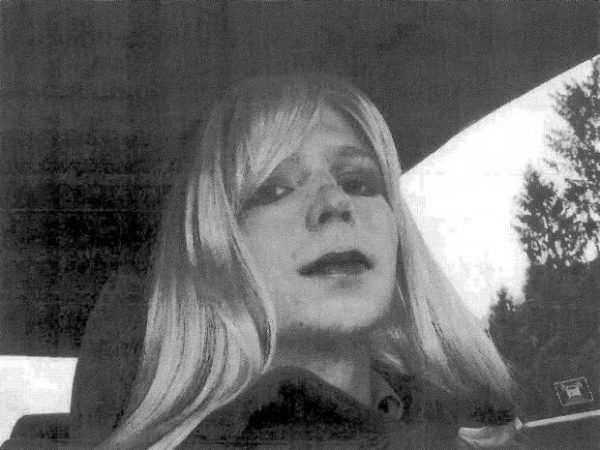 I am an uninsured trans woman. I have been so for most of my life. All healthcare-related expenses I incurred throughout my adolescence and my adulthood were paid for out-of-pocket. When I was insured under my mother’s intermittent employment plan and later my own as an adult, I didn’t have access to a physician who understood my specific needs and was told that the life-changing and life-saving procedures I needed were not considered “medically necessary.”

Today, Chelsea Manning, the Army private sentenced to 35 years in military prison for leaking classified documents, joins me and thousands of trans women, trans men and trans folks who have had to (and continue to) fight against the bias and stigma that prevents us from having access to quality healthcare. This morning, Manning announced through a statement on NBC’s Today show that she is female, that her name is Chelsea and that she plans to undergo hormone therapy, vital treatments her lawyer David Coombs told Today‘s Savannah Guthrie he will “do everything in my power to ensure” she has access to.

This essay is not about the WikiLeaks case, about Chelsea’s actions, about whether she is a hero or a traitor. Like Chelsea (who chose not to reveal she was a trans woman during her trial) I choose not to discuss the specifics of Chelsea’s trial as I feel it will “overshadow” the task at hand: the devaluing and disregard of trans people’s bodies.

This post is about our health as trans people, about how we’re told daily that who we are is not “necessary,” and about how disposable we are to this government, which fails to extend healthcare coverage to all its citizens. Having access to quality, sensitive, knowledgeable healthcare without bias and stigma has been a lifelong personal battle of mine, mirroring that of the siblings who came before me and the ones I fight alongside today. The only reason I am here today and am able to write is because I traveled an underground railroad of resources that gave me access to all the things that were medically necessary and vital to my survival as a young trans woman.

Like many trans people, those who are living freely and those behind bars, I have struggled with my body the majority of my life. It took me years to come to a place where I value and love my body for what it is, not what I want it to be, and it was the vital medication and procedures that I paid for on my own that enabled me to get beyond survival in this body and realize that there is much more beyond it. It’s easier for me now to reflect on my life and my struggles with my body because I have overwhelmingly conquered those demons (yes, I still have issues with my thighs touching and dimpling) due in most part to the fact that I am living in a body that has been adapted to fit whom I know myself to be. It is a privilege that has garnered me access beyond survival and into a space where I can be outspoken about the dire daily access needs of our vast community.

Like all people, trans people merely want to live in a body that they can love and value, one that represents whom they know themselves to be. And many of us have to jump hurdles upon hurdles to gain access to the treatments we need in order to do so. The widely seen Netflix series Orange Is the New Black illustrates this hurdle-jumping quite well through the struggles of Sophia Burset (played by Laverne Cox), a black trans woman who is in prison on charges of credit card fraud. Like many trans women of color, Sophia is in jail for a non-violent crime that’s directly related to her need for survival, in this case, stealing credit cards, an illegal activity that gave her access to pay for her gender confirmation surgeries. Now that Sophia’s in a women’s prison (which is a rare placement for incarcerated trans women who are subject to violence, sexual assault, isolation and daily misgendering), she’s denied hormone therapy, highlighting a major issue that trans women in general, and especially in prison, have in getting proper medical care.

Sophia is the fictional pop cultural mirror of many trans women behind bars, including Chelsea Manning and others who have not garnered space to tell their story on the Today show. There’s CeCe McDonald, a black trans woman incarcerated by the state of Minnesota for killing one of her violent, racist and transphobic attackers. In 2012, CeCe and her supporters organized a call-in campaign to ensure that she was given her proper hormone dosage, and she quickly won that battle. There’s Michelle Kosilek, a white trans woman who was charged with murdering her wife. During her incarceration, Michelle has fought tirelessly to ensure she had access to trans-inclusive healthcare, winning two battles against the state of Massachusetts, one in 2003 which gave her access to hormone therapy and a groundbreaking case in 2012 where a federal judge ordered the state Department of Correction to provide genital reconstruction surgery (also known as sex reassignment surgery) for Kosilek. Despite being appealed by the state, the ruling was a major step forward for trans people who have had to battle against historical bias that our healthcare needs are not “medically necessary” (as evident in Ophelia De’Lonta’s current battle with the state of Virginia to cover her hormone therapy in prison.)

From Chelsea to CeCe, I hear discussions in many circles about the worthiness of these women, about whether we really should be paying for their treatments, and about the overall bias from inside and outside the medical establishment that dares to ask if our medical needs (hormones, genital reconstruction surgery, and other gender confirmation procedures) are even necessary. As I’ve previously stated, this is not about rewarding prisoners. These surgeries and care are vitally necessary (whether you exist in or outside of prison walls), and it is a discussion between a patient and their doctor, not between anyone else. We need to remove society’s popular conception of morality from this discussion of a woman, a man, a person and their body. Frankly, if we’re running a profitable prison industrial complex (please refer to Captive Genders as in-depth resource on “trans embodiment” and prisons), the state should take on the living costs associated with locking people up (please refer to the Sylvia Rivera Law Project’s statement on how you can support trans prisoners).

We are all, whether we’ve been charged with a crime or not, whether we are popular or unpopular, whether we are loved or unloved, whether we are understood or stigmatized, deserve safe, quality, knowledgable healthcare. I am a hopeful, optimistic person and seeing such victories as the recent one in San Francisco (which could become the first U.S. city to cover the cost of gender confirmation surgeries for trans residents) and the passage of the Affordable Care Act which expands healthcare rights to trans people, legally protecting trans folks from denial of most coverage.

These are major steps forward towards a world where we all have the space and freedom to do what we want with our bodies, and have access to safe, quality, knowledgable healthcare that allows us all to support bodily autonomy and be our true selves. I hope the conversations in and outside of media surrounding Chelsea Manning (NOTE: Stop misgendering Chelsea. Call her Chelsea; Call her she/her) engage in discourse that raises awareness about our nation’s lack of healthcare access for all citizens, and the need to trust people with their identities, their decisions and their bodies.