This past week has been one of my most trying. Juggling media, obligations to loved ones and self, an intense travel schedule as well as public scrutiny has been much to handle. It’s frankly been trying. Yet through the intensity, you have been there for me in ways that I could not have predicted, and this is a lot coming from a girl who often felt alone, who often expected the worst, who often didn’t have many to count on.

You have tweeted me messages of affirmation, you have shared beautiful selfies with my book, you have quoted Redefining Realness passages that spoke to you, you have launched #TeamJanet and #IStandWithJanet tweets that showed me I was not alone in front of that camera, you have held me up when I felt the load was too heavy.

Your affirmation and support was the fuel I needed to continue forward, and your love is what made a dream of mine come true: Yesterday evening I got a call from my dear editor Sarah Branham that my book baby, the story I should’ve been able to read growing up, is a New York Times Bestseller! 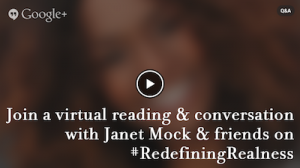 You helped make this happen, and I’d like to use this space to display this empowering mosaic of love, affirmation and support. Redefining Realness is my baby but it took a village to raise it to reach this summit. It was a collective effort, and you gave it life!

FAVE I AM #REDEFININGREALNESS STORIES 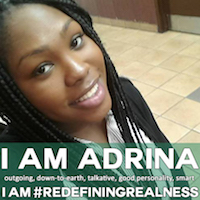 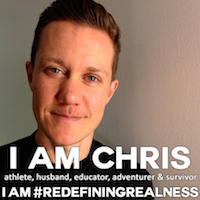 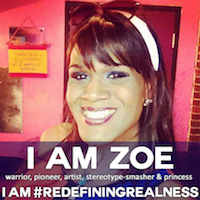 Look at this beautiful crowd!!! Thank you all for joining the @BNUpperWS reading! #redefiningrealness #girlslikeus pic.twitter.com/HvP1AE3Vsr

So humbled to be supported by amazing trans women. #Girlslikeus brought fire to my #RedefiningRealness release party! pic.twitter.com/JJC8PABgG2

This book is not about me. Rather, I am part of what this book is about. #RedefiningRealness pic.twitter.com/NgTfOpfpvV

I have @JanetMock‘s book #RedefiningRealness on my iPhone. I want it everywhere with me. pic.twitter.com/fsZw7hVIz6

I finally got to meet my literary idol @Janetmock, hope u made it on the train ok #RedefiningRealness #proudgroupie pic.twitter.com/7SSLDqhIGs

Dearest @JanetMock I am so proud of you in this moment.

#IStandWithJanet because she stands for us!!

#istandwithjanet because WE are the ones to listen to about our lives; not str8 cis men. because our stories are more than our transitions.

It’s an extraordinarily emotional tale, raw and honest, but at the same time polished and profound.
–Sally’s Amazon review

Janet’s unflinching account of her life in her own words is beautiful, fierce, and gives background on the advocate you see on TV.
monster’s Amazon review

It is nothing less than a glimpse into twenty-first century American life, as told through the eyes of a trans* Black Hawaiian girl coming of age and discovering herself.
–Y. Carrington’s Amazon review

Mock also complicates the traditional trans narrative by politicizing experiences and processes at strategic points along the way, and sometimes doing so in new ways.
–Vivian’s Goodreads review

Janet Mock sweetly lulls and fiercely incites. She shares her family relationships, navigation of gender, a specific generation-X and millennial cusp experience of Hawaiian and U.S. history, as well as the statistically often untold and violently obscured and suppressed story of girlhood for a young trans* girl of color.
-Barnes & Noble review

Janet is telling the story of many who have taken the journey to wholeness. This book is the culmination of introspection, but is not grandiose or self-serving in its delivery.
–billybums’s iBooks review

5 chapters into #RedefiningRealness and I can’t set it down. Janet Mock opens the door for trans youth to begin accepting their stories.

@janetmock I am a cis-identifying queer man, but reading your book brought up so many memories I’ve repressed from my own childhood. THANK U

Damn, @janetmock! If I tweet all my favorite quotes, I’ll have to copy the whole book. #RedefiningRealness #girlslikeus #sweptawaybyprose

honestly, the most intriguing part of #redifiningrealness by @janetmock is the landscape + history she paints of hawaii–engrossing

Just a few pages into #RedefiningRealness, already feels like a classic and I just wish I had it 10 years ago, 20 years ago. Brava, Janet.

I love how @janetmock is challenging & expanding the idea of memoir; not navel gazing, but telling a story that’s a slice of bigger reality

#RedefiningRealness by @janetmock is on sale! Congrats to her for wrtg an important book on her transgender journey & a classic, blk memoir.