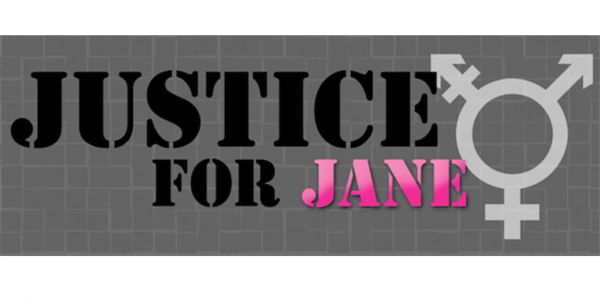 I’ve known about you ever since you wrote that moving letter to Connecticut Governor Dannel Malloy, pleading for your release. It marked your one-month anniversary being forcefully held in an adult prison by Commissioner Joette Katz without a crime committed or charges filed. Since then, 22 more days have passed and you — a 16-year-old trans girl of color– are still in prison.

I want you to know that anniversaries are not supposed to be marked in this way, with a teenage girl pleading for her own freedom. You’re supposed to celebrate anniversaries with your beloveds sharing cake and laughs. Not behind bars spending 22 hours a day by yourself, with the screams and cries of adult prisoners as your only soundtrack. But, from what I’ve tearfully read in your unflinchingly raw affidavit, all you’ve known is strife, struggle and trauma — reflective of the unyielding paths marginalized girls like us have journeyed on. Our lives have always been full of highs and lows.

Right now, the community is on a high with the release of a TIME cover story which celebrates the mainstream visibility of Laverne Cox and the “tipping point” of the transgender movement. Our community is also navigating some lows: Our sisters Janelle and Tyra were viciously attacked on an Atlanta train for being black and trans and women in public; the Anti-Violence Project released its latest hate violence report, reiterating that trans women of color are the most susceptible to brutal violence; and Monica Jones still awaits justice after being wrongfully arrested and profiled. What I also find disheartening is the activism surrounding Monica Jones, Andraya Williams and you have garnered a mere fraction of the uproar, headlines and debate that the word “tranny” has garnered.

But my dearest Jane Doe this letter is about you, and as you sit in a lowly institution unsuited for a girl queen like you — all I want is highs for you.

In your letter, you said being brutally and wrongfully placed in that adult prison made you feel “thrown away.” You are not garbage. You cannot be discarded and disposed. You are life. Your existence gives me life. You are an unflickering fierce flame that reminds me every day that girls like you — the ones who have unjustly been forced to jump insurmountable hurdles — are the ones our leaders should be centering in our movements. You are worthy of all of our attention, care and resources.

Today, I read that you look up to me, and it caught me in an emotional moment, pushing me to think of someone I look up to. Her name was Maya Angelou, and she passed away this week. And the connectivity of your existence, of mine, of hers was not lost on me. Like you, Maya Angelou lived a life full of highs and lows, of struggle and triumph, of abuse and of self-revelation. It was a life of her own creation, a path she blazed for herself in a world not built for her. When there was no blueprint, Maya Angelou created one — a blueprint which became mine.

You remind me of her. I read that despite the world being so unkind to you, from living in hostile unstable homes, surviving sexual abuse and being wrongfully criminalized, you greet visitors with smiles. You are the epitome of resilience and grace, and like Maya Angelou, you are my rainbow in the clouds. If you can receive gifts, I’d like to send you I Know Why the Caged Bird Sings. It was a book that helped me find my voice and let me know that I was not alone and that I was not the first girl to have her body violated. That book fed me. Reading was my escape from cruel realities, and maybe books can be the same for you — or maybe you have other outlets, like art, music or fashion.

I smiled when I read that one of your dreams is to go to prom someday. It reminded me that despite the heaviness of the world, you are a young person who has never asked for much. I had similar dreams at 16, and went to my prom alone. I turned it out in a gorgeous cream-colored lace dress with hair high enough to reach the Gawds. When you’re uncaged, I would love to take you prom dress shopping. If there is no prom to attend, we can create our own, eating cakes, sharing laughs, dancing to Beyonce, Janet or Grace, celebrating the anniversary of your freedom.

We’re gonna show them what truly free queens look like.

In love, struggle and sisterhood,
Janet

—
To learn more about Jane Doe’s story, please use #JusticeforJane and follow @Justice4JaneCT on Twitter, Facebook and Tumblr. Also, sign this petition and read these powerful pieces:
—Jane’s Letter to Governor Malloy
—We Demand #JusticeForJane Because No One Is Disposable! by Reina Gossett
—We Must Not Forget Jane Doe’s Humanity by Chase Strangio
—An Open Letter to Jane by Susan Bigelow
—What Is This Child Doing In Prison by Harvey Fierstein

*Jane Doe is the pseudonym given to the 16-year old whose name is not being disclosed because she is a minor.