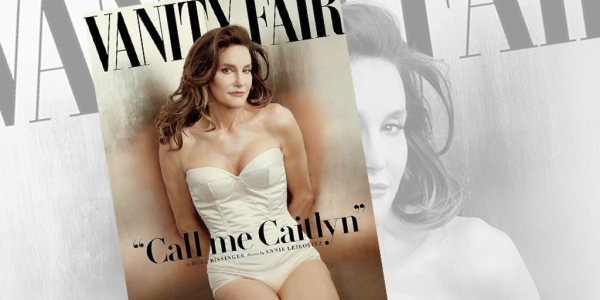 I wasn’t planning to write about the Vanity Fair cover introducing Caitlyn Jenner to the public. This lack-of-a-response was not reflective of my excitement about seeing Caitlyn present as her most authentic (and glam!) self for the first time. My live-tweets are more reflective of my initial feelings (see below).

But I’ve since found it necessary to write my thoughts down because my silence has been interpreted in ways I find unnecessary and harmful. Most important, I believe there are gaps in the conversation I hope to fill — similar to the ways I’ve covered Jenner’s journey in culture on my MSNBC show So POPular!, including:

–When In Touch Weekly photoshopped Jenner’s image onto another woman’s body
–When the media refused to embrace the gender neutral use of ”they”
–When I got the first interview with Laverne Cox, who spoke to me exclusively about her reaction to seeing Jenner speak for the first time with Diane Sawyer in April.

Below, I’ve organized my thoughts from the past 36 hours since Caitlyn Jenner’s Vanity Fair cover reveal into four sections:
–The Media
–Privilege
–Glamour
–Healthcare Access

MEDIA
Initially, I committed to not writing or speaking publicly about Jenner’s cover because the rest of the world would do so. I have always committed myself to writing about the things most people ignore, and because Jenner would be written about on such a major level, I felt my voice was not integral to the conversation.

Though I do not find it necessary to be part of every trans article or TV segment (my common media “rejection” practice is to forward journalists and producers a list of trans people who could expertly speak about those issues), I am elated that Jenner’s visibility has pushed many of my colleagues in media to cover her impact on trans movements and communities.

In less than an hour after the Vanity Fair cover was released, I was inundated with media requests to either provide a quote for an article, sit down for a television interview or write an opinion piece. That one hour resulted in more requests than I have received from the release of my book, the release of Laverne Cox’s TIME cover, my infamous CNN debate and the consistent deaths of trans women of color — combined.

These media requests are reflective of the intersection at which Jenner exists in our culture, and with the help of her team, she has been astute at navigating the media. I’ve found her to be quite intentional, sharing her spotlight with those who have not been granted her level of access. She explicitly mentioned the violence that trans women of color face during her 20/20 interview and used her Vanity Fair moment to speak the names of other trans women in media including Carmen Carrera, Laverne Cox, Geena Rocero and myself (coincidentally, all women of color), whom she identifies as “the pioneers who’ve tried to get the message out.”

As Jenner states in the video above, she is “following in the footsteps” of women who navigated this public space before her — just as I have followed in the footsteps of giants like Sylvia Rivera, Marsha P. Johnson, Miss Major Griffin-Gracy, and Christine Jorgensen, all of whom I wrote about in my book Redefining Realness. It was Jorgensen, the first nationally known transgender American, who was at the center of creating the mold of the media’s “transition narrative,” which every trans woman, man and person since her has been plugged into, including myself and Jenner:

The media’s insatiable appetite for transsexual women’s bodies contributes to the systematic othering of trans women as modern-day freak shows, portrayals that validate and feed society’s dismissal of trans women as less than human. The U.S. media’s shallow lens dates back to 1952, when Christine Jorgensen became the media’s first “sex change” darling, breaking barriers and setting the tone for how our stories are told. These stories, though vital to culture change and our own sense of recognition, rarely report on the barriers that make it nearly impossible for trans women, specifically those of color and those from low-income communities, to lead thriving lives. They’re tried-and-true transition stories tailored to the cis gaze. What I want people to realize is that “transitioning” is not the end of the journey. Yes, it’s an integral part of revealing who we are to ourselves and the world, but there’s much life afterward. These stories earn us visibility but fail at reporting on what our lives are like beyond our bodies, hormones, surgeries, birth names, and before-and-after photos.

To make any trans person a symbol for an entire community is an unfair task. No one can speak about the varying, intersecting and layered ways in which trans people experience the world. That is why it’s necessary to create a space for nuance and to amplify the voices of those who often are not heard. What excites me about Jenner’s story as a trans woman who revealed myself as a teenager is my own opportunity to learn about her experience. I find it fascinating, even as a trans woman, to learn about the journey of another trans woman who had taken steps to be her true self only to be pressured back into “the closet” and to step out more famous than ever in her mid-60s — at a time in most women’s lives when they’re deemed invisible.

PRIVILEGE
What enables Jenner to penetrate media the way she has is privilege. People often get uncomfortable hearing or seeing this term, likely because we’ve internalized that to experience privilege makes us at fault for all the atrocities of the world. When I frame privilege in my work, I often point out that we all experience access and exile as we navigate systems that privilege certain parts of our identity and experiences. For example, I am an English-speaking, able-bodied, black and Native Hawaiian trans woman who had access to a graduate-school education, who had access to medically-necessary treatments enabling me to transition as a teen, who more often than not blends in as a cisgender (non-trans) woman which allows me less scrutiny than someone who doesn’t fit cisnormative standards of appearance. At the same time, growing up with a single mother who struggled in communities of color ravaged by poverty and drugs, I struggled to get access to the healthcare and resources I needed as a teenager.

According to information shared publicly thus far, Jenner’s experience is that of a 65-year-old white trans woman who for most of her life was perceived as a white male Olympic gold medalist and the patriarch of one of the most savvy reality TV families who never fail to penetrate the American consciousness. Because of the intersection of celebrity and Hollywood, the fascination with trans women’s bodies and “makeovers,” and wealth and whiteness, Jenner has been seen and heard on a level that no trans woman or trans person ever has before. Yet largely due to the pressure of embodying the myth of the American male ideal and the ridicule facing trans people, Jenner’s initial decision to medically transition in the 1980s was halted. She spent the next three decades living up to the image thrust upon her, a heartbreaking decision that still granted her access to wealth, visibility and influence that has allowed her access to 20/20, Vanity Fair and the upcoming ESPY Awards, making her the most recognizable trans woman in America.

Privilege gives one access. It doesn’t make her a bad person. It doesn’t make her undeserving. It doesn’t underwrite her talent, savvy and accomplishments. Privilege enables her access to more conversations, more opportunities, more spaces which can appear as if she’s eclipsed leaders of a movement that has been active for decades, fueled by a community that is ravaged by economic instability, lack of access to knowledgable affordable healthcare, overpoliciing and incarceration, stigmatized, criminalized survival economies like sex work, high HIV infection rates, the ability to live safely and freely as their true selves, and disproportionate violence against trans women of color.

GLAMOUR
My aesthetics have always been important to me. I make no arguments about caring about the way that I present my body to the world but mostly to myself. And because I care about my presentation and because I am a trans woman, the way I present is often investigated and dissected in intense and problematic ways. Then we add the reality of being a black woman (who have historically been told we fall outside the definition of womanhood), often invisibilized, erased and/or hypervisible — and ish gets real, fast! As I wrote in my book, because we view femininity as unnatural and trans women are viewed the same, to be a trans woman, especially one previously perceived to be the image of the American masculine ideal, your femininity is seen as forced and put on. You are seen as an artifice.

As someone who is also media facing — there is nothing natural about a photo shoot. It’s a heightened, well-choreographed and often retouched reality where every aspect of your body and appearance is being inspected, positioned and manipulated. This is a shared experience for trans and cis women in the public eye. As Laverne Cox wrote on her Tumblr page, “A year ago when my Time magazine cover came out I saw posts from many trans folks saying that I am ‘drop dead gorgeous’ and that that doesn’t represent most trans people. (It was news to be that I am drop dead gorgeous but I’ll certainly take it). But what I think they meant is that in certain lighting, at certain angles I am able to embody certain cisnormative beauty standards.”

And as Jenner discusses with Vanity Fair, she’s internalized this cisnormative messaging about aesthetics. She says:

Not all trans people care about putting people at ease. Let me be clear about that. Yet for many, presentation is vital and essential, especially for trans women where blending in is a matter of safety. To be able to make your way through a world that so often carries so much resentment, intolerance and misunderstanding about trans people, “looking the part” as Jenner says, is a life-saving privilege, one that many trans people due to economic barriers or the randomness of genetics and puberty frankly will never be able to access.

HEALTHCARE
Healthcare for trans people is treacherous terrain that is widely unavailable for most. Even if you have access to employment and are covered through private or public insurance most plans do not cover gender-affirming, medically-necessary treatments and procedures. As Chase Strangio, staff attorney for the ACLU, writes, “The facial feminization surgery that Caitlyn describes in Vanity Fair is almost universally excluded from coverage. This means that most trans people, particularly trans women of color, cannot access the basic care that they need.”

Jenner’s access as a wealthy woman (in her Vanity Fair spread, my favorite photo is the one where she’s sitting in her $180k Porsche) enabled her to pay for tens of thousands of dollars for gender-affirming procedures that she’s open enough to outline publicly. But for most trans women Jenner’s seemingly seamless, swift medical transition would take them decades of sacrifice or risky engagement in underground economies to save funds to accomplish — if they could accomplish it at all.

This is one of the many reasons why it’s necessary that we celebrate Jenner’s courageous decision to not only reveal herself to herself and her family, but to share that journey so openly with us. While we celebrate her visibility, it’s also vital that we contextualize and frame her journey so we can better serve a multilayered, intersectional community that doesn’t have the level of access that has enabled Jenner to be seen and heard as her truest self — something every single person should have access to.

PrevPrevA Note on Visibility in the Wake of 6 Trans Women’s Murders in 2015
NextSharing the Stage with Oprah: My Super Soul Sessions SpeechNext